The University of Silesia is running an online conference: https://us.edu.pl/en/event/online-cykl-wykladow-w-ramach-konferencji-tradycja-i-zmiana-filozofia-scrutona/">https://us.edu.pl/en/event/online-cykl-wykladow-w-ramach-konferencji-tradycja-i-zmiana-filozofia-scrutona/
All lectures will also be steamed live directly to YouTube at https://youtu.be/MJsECenXg3k.

Roger Scruton still gives me strength. A year after his death, the philosopher is more relevant than ever.

Ilast saw my friend Roger Scruton on 23 December 2019, at his home in Wiltshire. I was shocked. He was emaciated from chemotherapy and told me plainly that he would die soon. “One has to be reasonable about this”, he said, “it happens to us all.” He was a philosopher to the end.

Maurice Glasman is the founder of Blue Labour and director of the Common Good Foundation. He is a Labour life peer.

This article can be read in full on the UnHerd website.

When the late Roger Scruton sent me a proof of what would be his last book, Wagner’s Parsifal: The Music of Redemption, I considered it in the same vein as I had all his writings. It was, I believed, yet another brilliant attempt to show a disbelieving world how to find redemption from its fallenness. It is true that he opens the book by observing that Parsifal is Wagner’s answer to “a question that concerns us all: the question of how to live in right relation to others, even if there is no God to help us”. But does this imply that Scruton was, like Wagner, committed to the belief that there is no God?

Roger Scruton was the voice of meaning in a rudderless world He often seemed like the voice inside our heads, uniquely able to put into words what we knew to be true, yet could rarely express.

Richard Chartres - Thoughts from a Life: The Church of England

For much of the sixteenth and seventeenth centuries, a minority of English people became obstinately metaphysical. Some quit these shores, not so much for religious liberty in the abstract, but in the hope of building a more rigorously godly Commonwealth in New England.

The 17th century English Civil War, in which a greater proportion of the male population perished than in the First World War, was fuelled by religious passions.

Roger Scruton in his 2012 book Our Church identifies this as the seminal period in the creation of the ethos of the Church of England and of what Joseph Addison described in 1712 as the ‘particular bashfulness in everything that regards religion’ on the part of the English people.

The notion of wisdom, and what constitutes it, seems increasingly less understood, and therefore less appreciated, in our age of imprudence. Wise men—and Sir Roger Scruton was one—have become anachronisms of late, relics of a bygone era. St. Thomas Aquinas described a wise man, using Aristotle’s six attributes, as “a man who knows all things, even difficult things, with certitude, and knowledge of the cause, who seeks science for its own sake, and orders and persuades others.”

Roger Scruton finds in this 19th-century work an antidote to many of our modern society’s ills.

The publication of Roger Scruton’s Wagner’s Parsifal: The Music of Redemption is itself a thing of some historical significance. This is the last book by one of our most eminent recent philosophers, who died of cancer in January this year, about the last opera by the only composer who can also be considered a philosopher in his own right. Parsifal — which premiered in 1882 — was intended by Wagner to be his “farewell to the world.” Yet it remains one of his least accessible works — and to critics one of his most characteristically tedious.

Scrutopia friends, join us for the Alumni meeting from Friday 9th until Wednesday 14th July 2021.

Please apply to: This email address is being protected from spambots. You need JavaScript enabled to view it., Director of Admissions 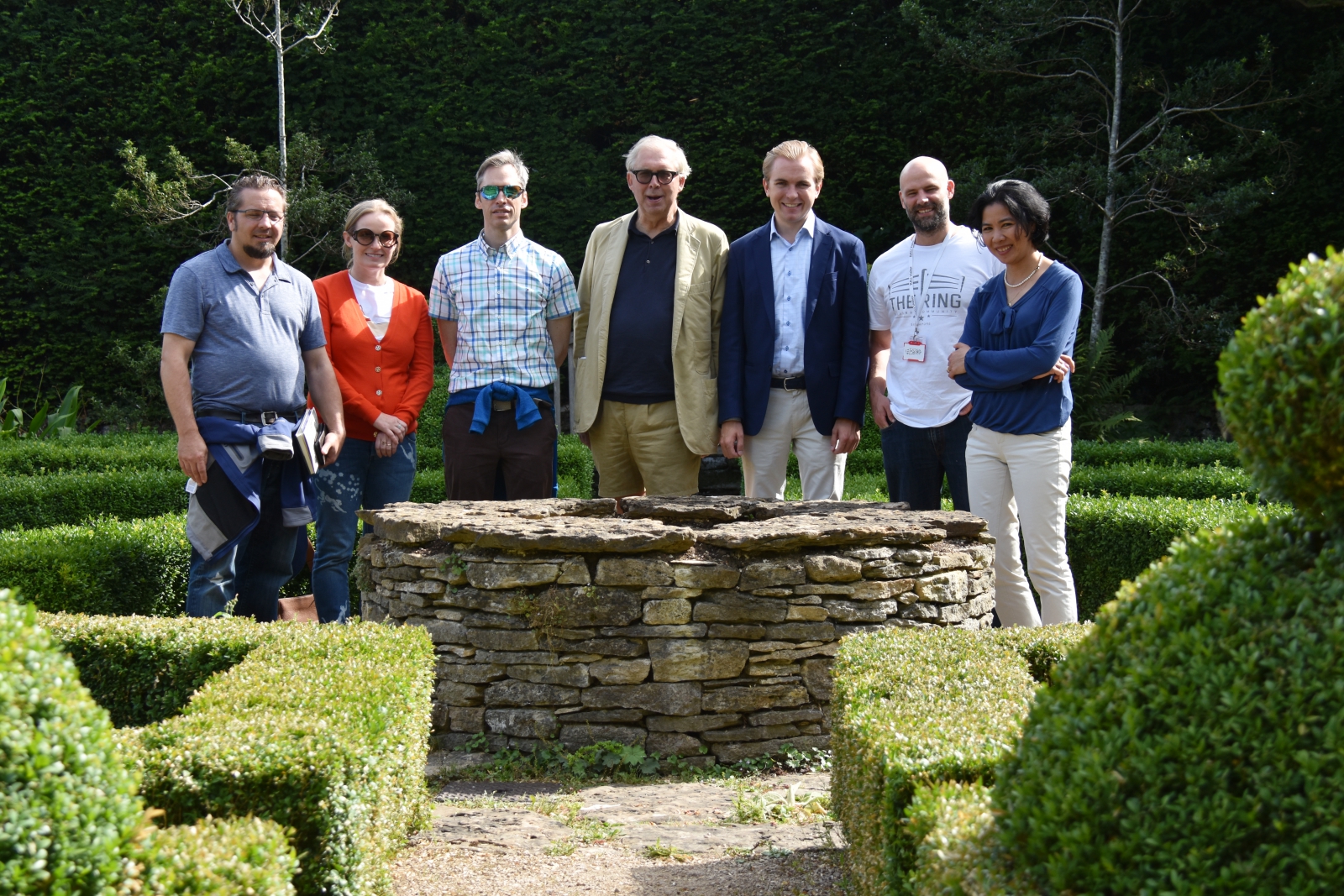 Tom McLeish FRS - Thoughts from a Life: Science and Religion

One of the most refreshing contributions that Roger Scruton made to an otherwise tired, and largely derailed, discussion of ‘science and religion’ in the last two generations is to avoid that specific heading almost entirely. His tacit refusal to construe a bipolar debate along the current conflictual axes defined by neo-atheism and fundamentalism was, already, a welcome signifier that the field of play is larger, weightier and more complex.

Charles Moore - Thoughts from a Life: On Hunting

Roger Scruton loved hunting (not in the American sense, usually meaning shooting, but in the English sense of hounds chasing a live quarry – in his case, the fox). He wrote that his life had divided into three parts – the first ‘wretched’, the second ‘ill-at-ease’, but ‘in the third, hunting’.