Death-Devoted Heart: Sex and the Sacred in Wagner's Tristan and Isolde 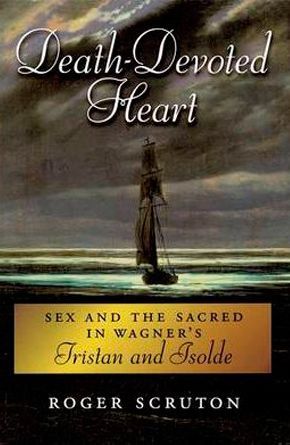 A tale of forbidden love and inevitable death, the medieval legend of Tristan and Isolde recounts the story of two lovers unknowingly drinking a magic potion and ultimately dying in one another's arms.

"Death-Devoted Heart is a book on music, tragedy, love, sacrifice and redemption. It is partly a brilliant critical/theoretical study, partly a manifesto for a new religion. It's a rare case of a philosopher really telling you what it's all about." - Tom Lubbock, The Guardian Review

Announcement 12th January 2020 It is with great sadness that we announce the death of Sir Roger Scruton, FBA, FRSL. Beloved husband of Sophie, adored father to Sam and Lucy...

We mark the conclusion of a most interesting year by expressing sincere gratitude to all the many people who have sent messages of support and appreciation to Sir Roger, in...

Roger Scruton: A year in which much was lost – but more gained. The Spectator- 21 Dec 19

Despite everything, I have so much to be grateful for JanuaryMy 2018 ended with a hate storm, in response to my appointment as chair of the government’s Building Better, Building...

On Tuesday 3rd December, the Hungarian Ambassador Kristóf Szalay-Bobrovniczky welcomed friends and guests to announce that the Commander’s Cross with the Star of the Order of Merit of Hungary would...

Beaufort Books  (2nd Edition October 2019) Set in the twilight years of the Czechoslovak communist regime, this novel describes a doomed love affair between two young people trapped by the...